SIMILAR PIECES : The design of this piece closely follows Pugin's designs for two other beakers, known as the 'Pugin' and 'Knill' beakers. The former was made for Pugin himself in 1843, bearing his monogram 'AWP' and motto 'En Avant'. The latter was supplied by Hardman to Stuart Knill on 12th September 1851 to be given by his mother Elizabeth Knill (the aunt of Pugin's third wife Jane) to her goddaughter Margaret Pugin, who was born on 17th October 1849 (see H. Blairman and Sons, Furniture and Works of Art, 2015, n°4). 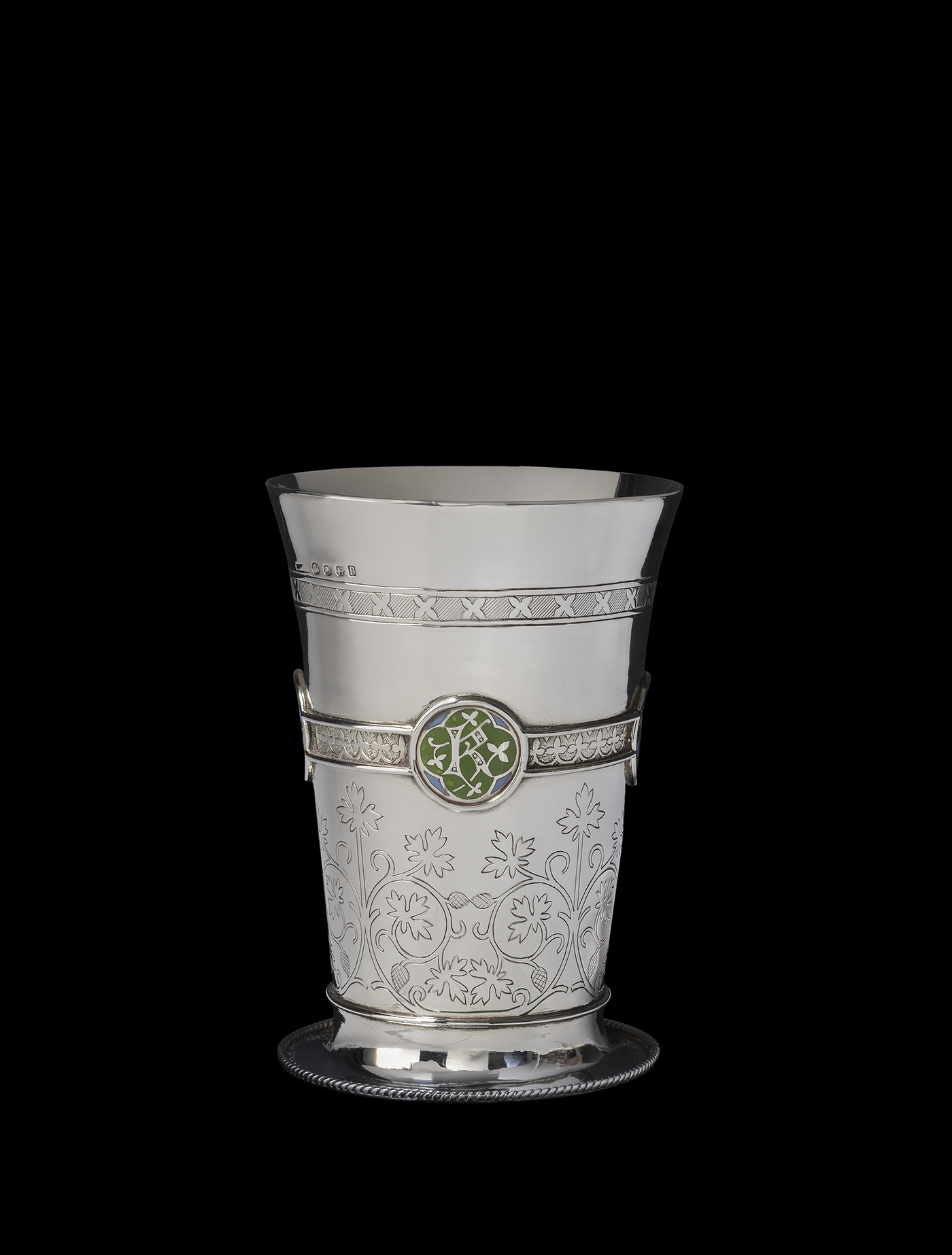 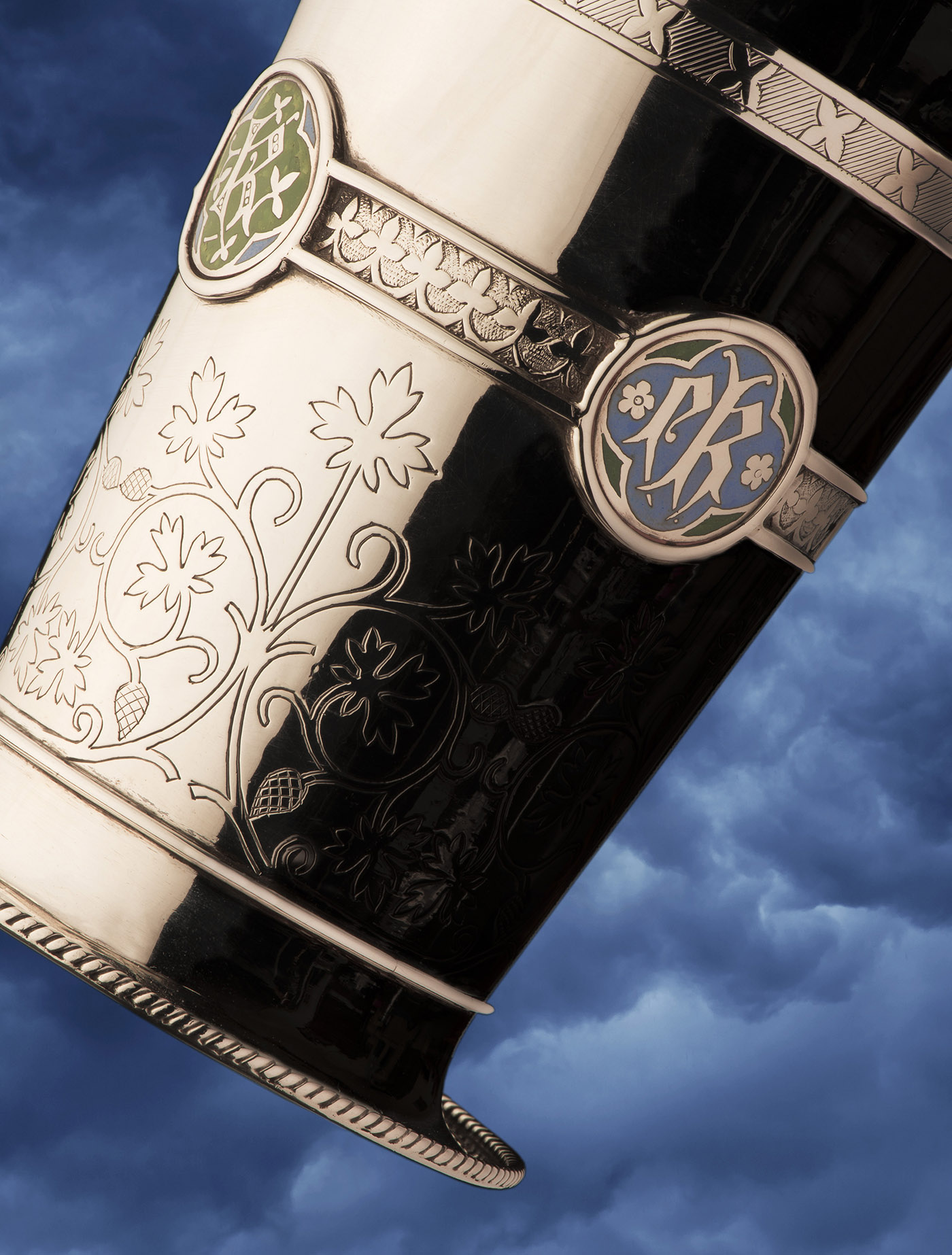