MARKS : Inscribed with the Earl of Shrewsbury’s motto 'Prest d'accomplir'

EXHIBITED In a letter to John Hardman dated January 1851, Pugin expressed his desire to show several pieces designed for Alton Towers at The Great Exhibition which was held at the Crystal Palace, London, from 1st May to 15th October 1851. The four pieces he selected from Alton Towers were the Grand Talbot Window, the Coronae from the Talbot Gallery, the chandelier from the Banquetting Hall and ‘a standing grate with brass lions’. We presume that all were shown at the Exhibition. However, it is important to note that after the exhibition closed, the chandelier was delivered back to Alton Towers on 20th November 1851 (see daybook), whereas the grate and lions were only delivered on 5th November 1852, one year later. There are only two possibilities, either the grate and lions were not completed on time for the Exhibition, or they were indeed shown at the Crystal Palace but there was a delay in the return to Alton Towers. We known that both grates were also composed of 140 tiles made by Minton, some of which could have been damaged during the show and needed to be repaired before their delivery to Lord Shrewsbury.

SIMILAR PIECES Altogether there were two grates and four lions commissioned for Alton Towers. The mate to the one presented here is now in an important British private collection. Unfortunately the whereabouts of the other two lions are unknown. The four lions for Alton Towers were modelled after those made for Eastnor Castle, princely seat of John Somers-Cocks, 2nd Earl Somers, near Ledbury, Herefordshire. Those lions (only two) were completed in 1849 and are still in situ. The design for these lions dates back to a preparatory drawing of 1847, somewhat similar, which is now in the collection of the Victoria & Albert Museum, London.

NOTE This lion could well be one of the last Pugin designed pieces to have been made. Unfortunately, neither Pugin, who died at Ramsgate on 14th September 1852 nor Lord Shrewsbury, who died at Naples, Italy, on 9th November 1852, ever saw them fully installed in the Grand Dining Room at Alton Towers.

LITERATURE : Llewellywn Jewitt, Guide to Alton Towers and the Surrounding District, Edinburgh, 1869, page 34 (for a description of the grates and lions in the Grand Dining Hall) - Christie and Manson, Catalogue of the Magnificent contents of Alton Towers, auction catalogue, 6th July 1857, page 144, n°2432 - Paul Atterbury & Clive Wainwright, Pugin : a Gothic Passion, 1994, page 179 (for an illustration of the Eastnor lion). 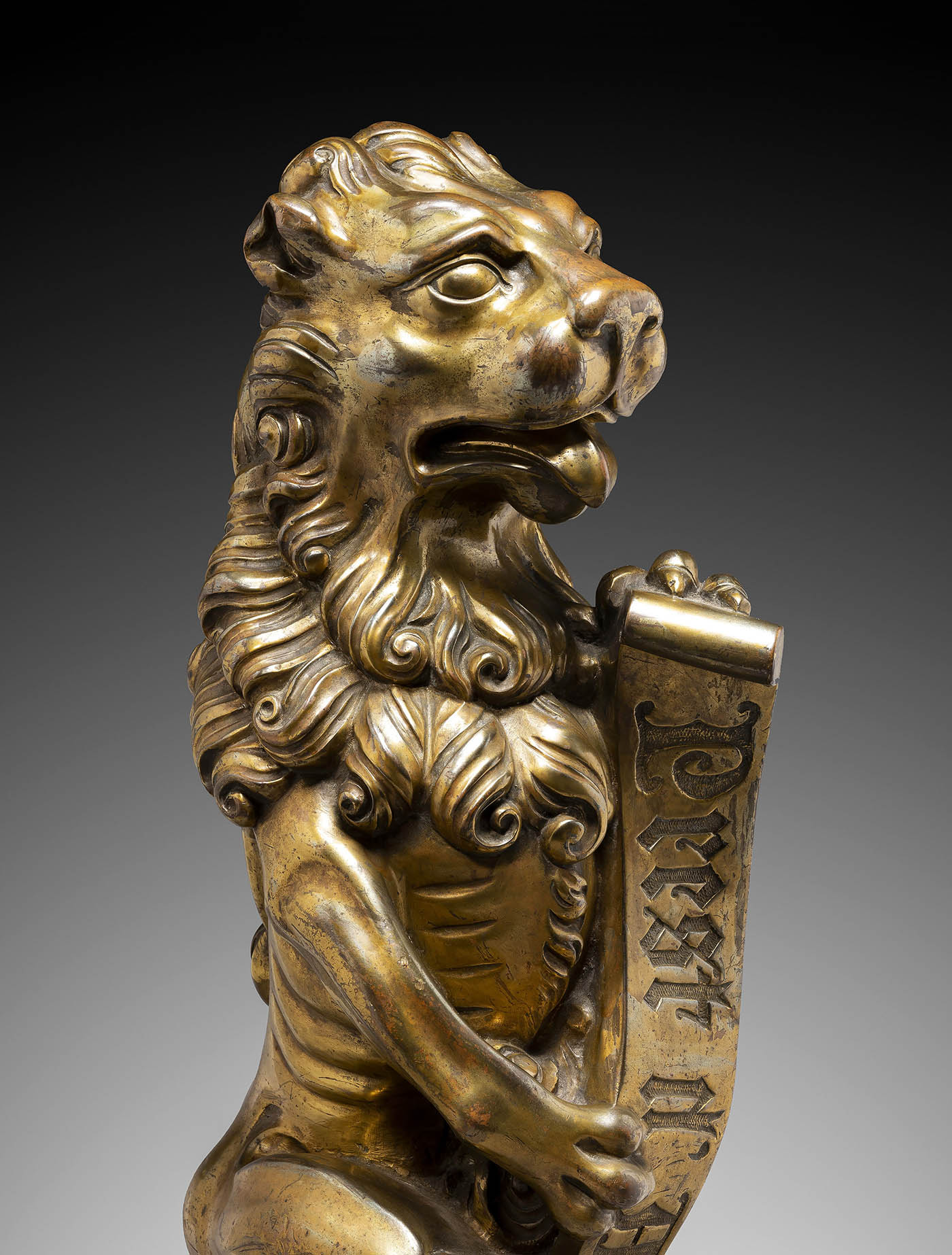 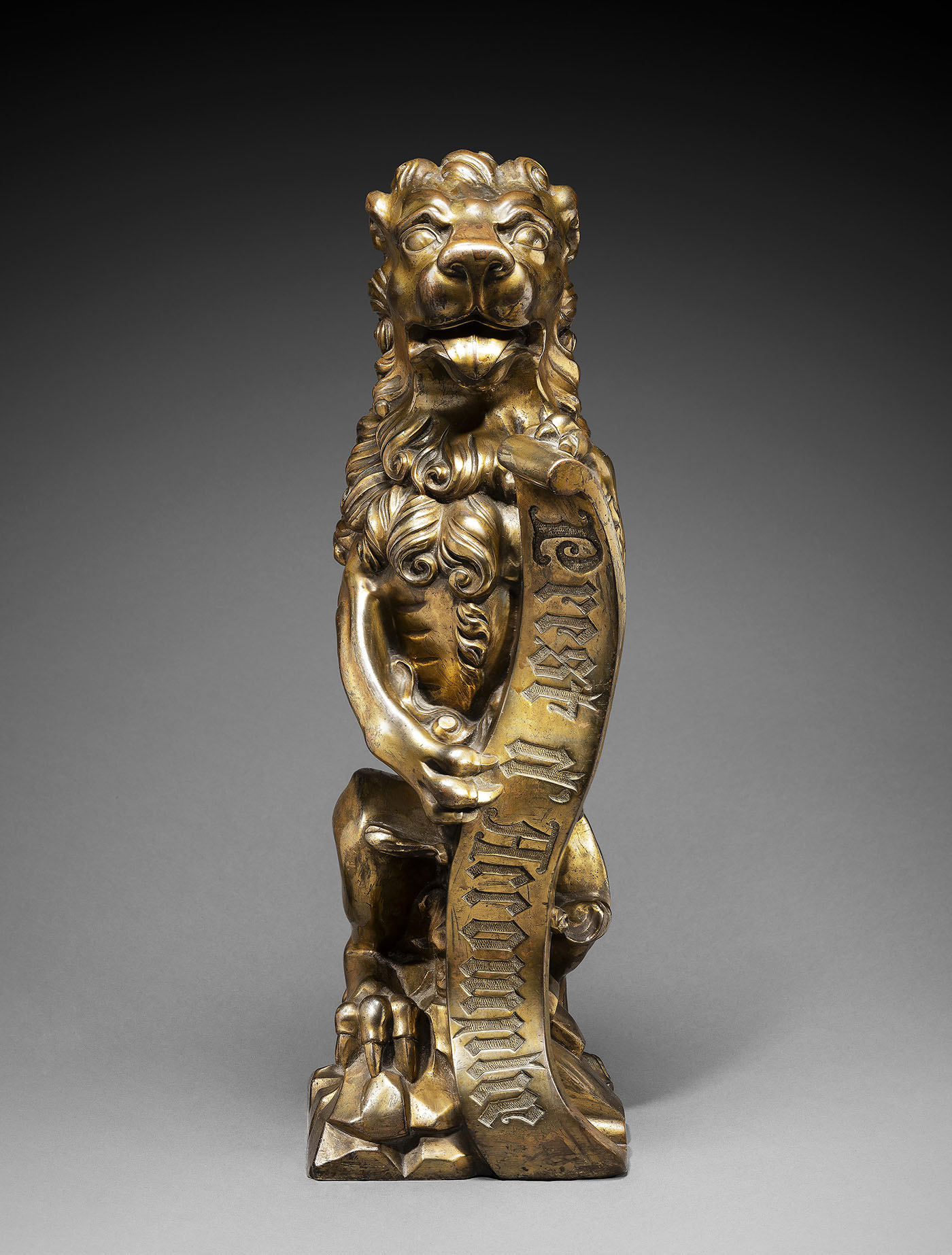