SIMILAR PIECES : The original room at Bryngwyn Manor was made of 18 of those panels, representing either a pink, a galleon or in this case probably a stylized pomegranate. Ten of those panels were sold to the Wilson - Cheltenham Museum and Art Gallery in 1982. The remaining panels are in an American private collection.. 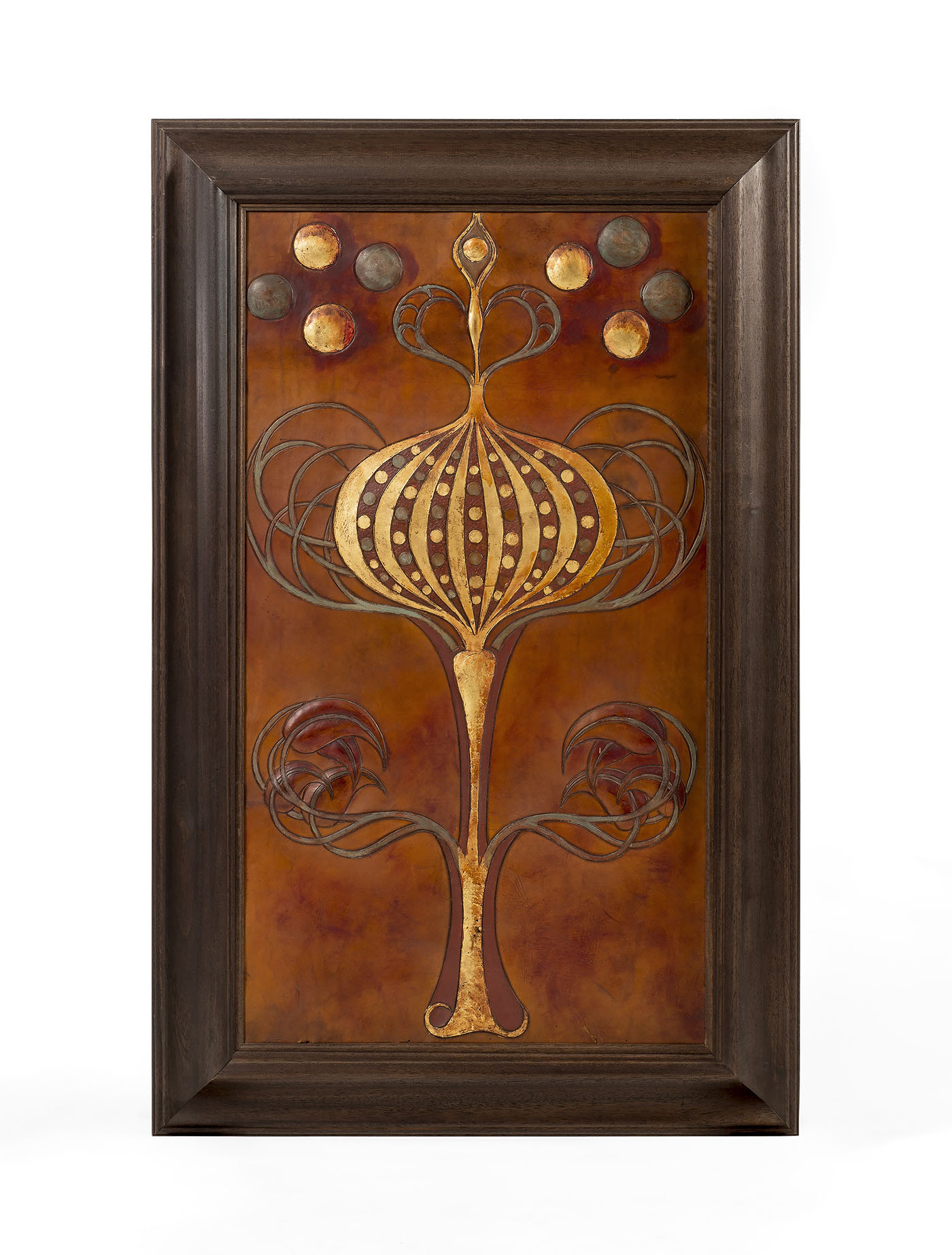 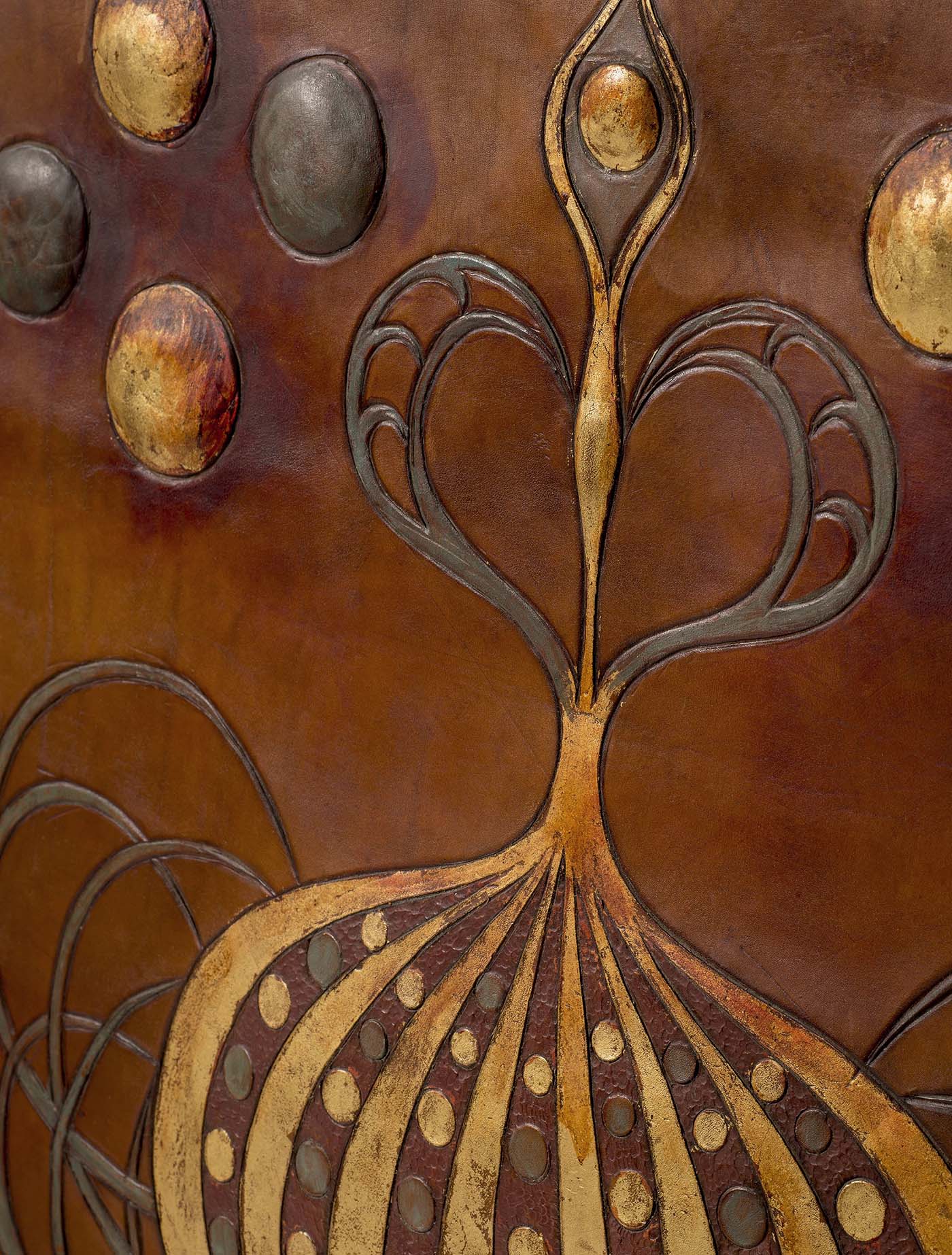