PROVENANCE : Originally made for the Rossetti Library designed by Logan for the Wylie and Lochhead pavilion at the Glasgow International Exhibition, 1901 - Mr. Marshall, South Shields, County Durham, UK, until the 1950's - By descent to his daughter, Elsie Marshall, Durban, South Africa, 1958-2003 - The chair then passed to her son Henry Maxwell, and after 2013 to her granddaughter and grandson-in-law, Stephen and Louise Creates, Tunbridge Wells, Kent, UK.

SIMILAR PIECES : Only one other piece of furniture from the Rossetti Library is known to have survived, a mahogany bookcase with inlaid decorations and stained leaded glass. It was acquired in 1972 by the Victoria & Albert Museum.

NOTE : This piece is a true discovery. Its mere existence was completely unknown until 2018. It has never been exhibited, seen or offered on the market before. 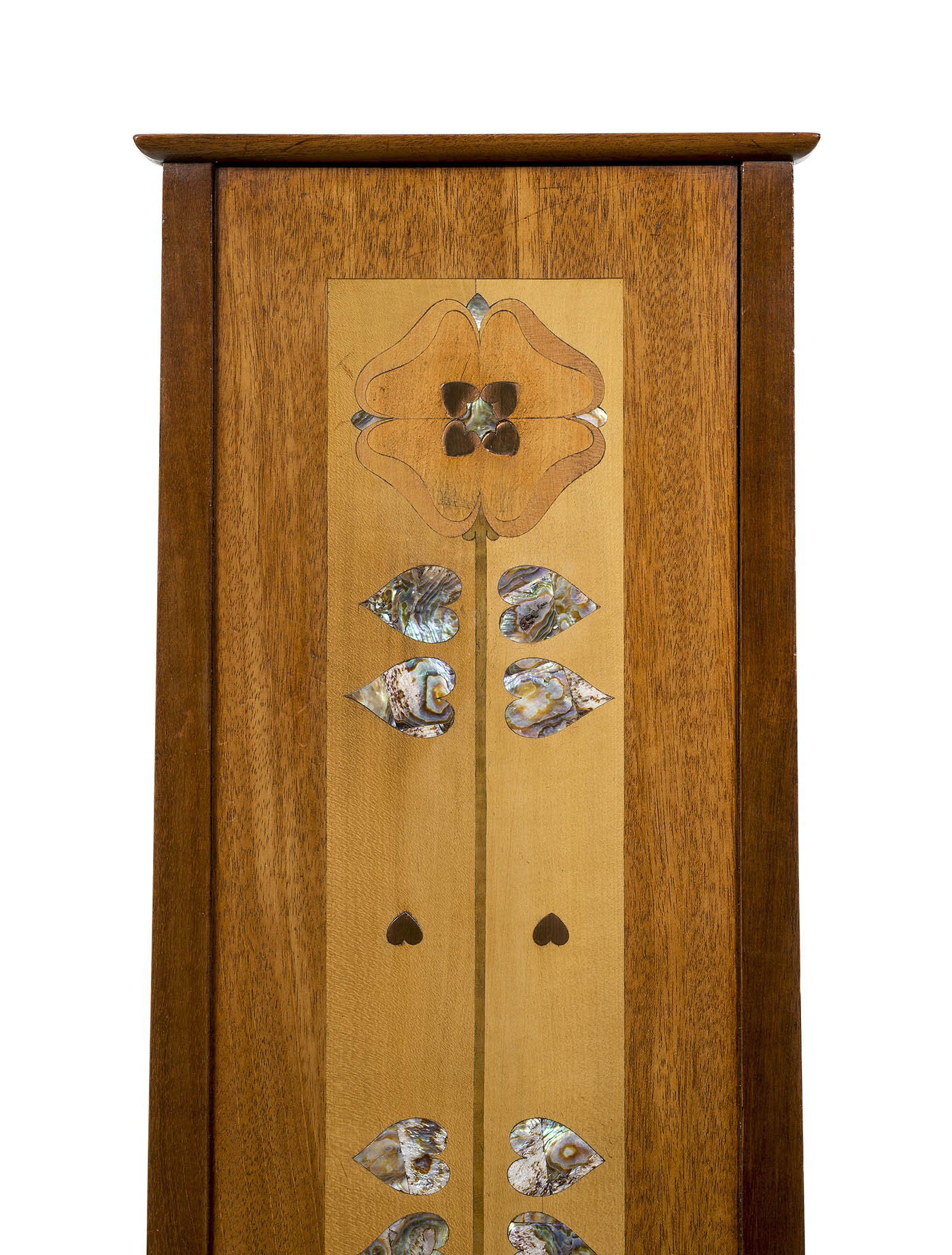 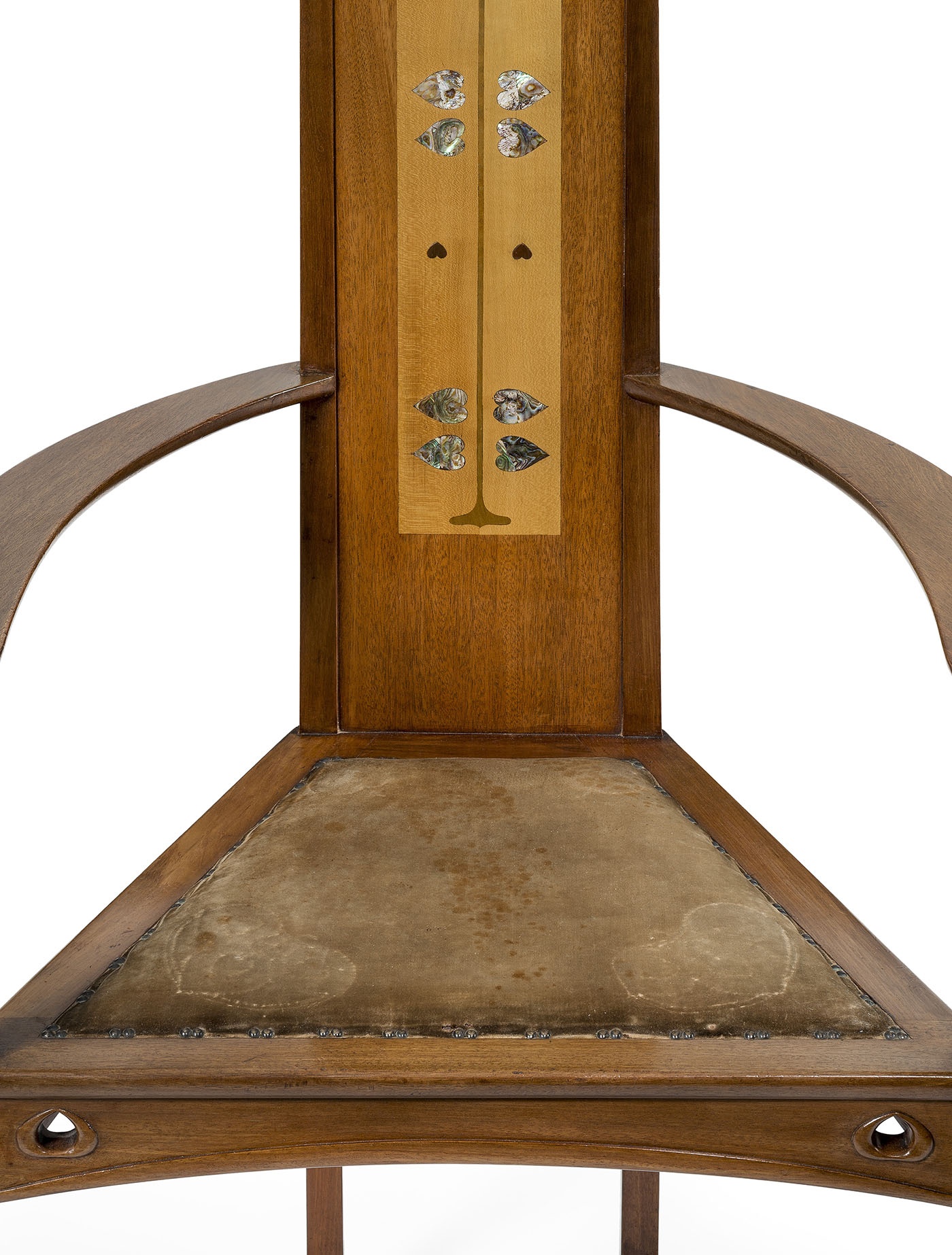