SIMILAR PIECES : Nesfield designed a similar pair of settles for the dining room at Cragside, William George Armstrong's country house in Rothbury, Northumberland, which he and Richard Norman Shaw extended in 1870-1872. These are the only other settles of this style known to have been made.

EXHIBITION : One of the Cragside settles was presented in 2015 at the Compton Verney Art Gallery, Warwickshire, for the show 'The Arts and Crafts House : Then and Now'.

LITERATURE : The Building News, 1891, for the in-situ line-drawing. 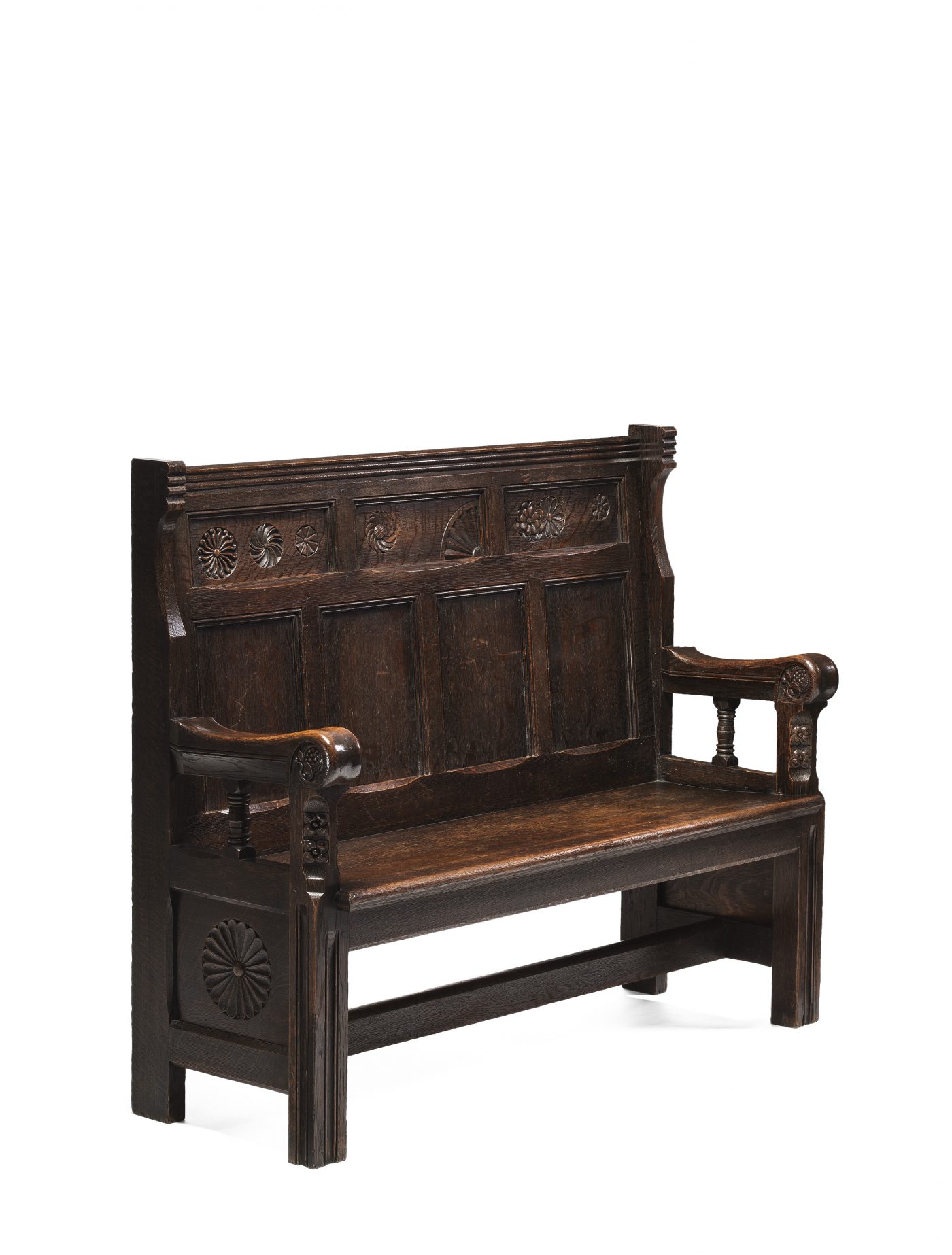